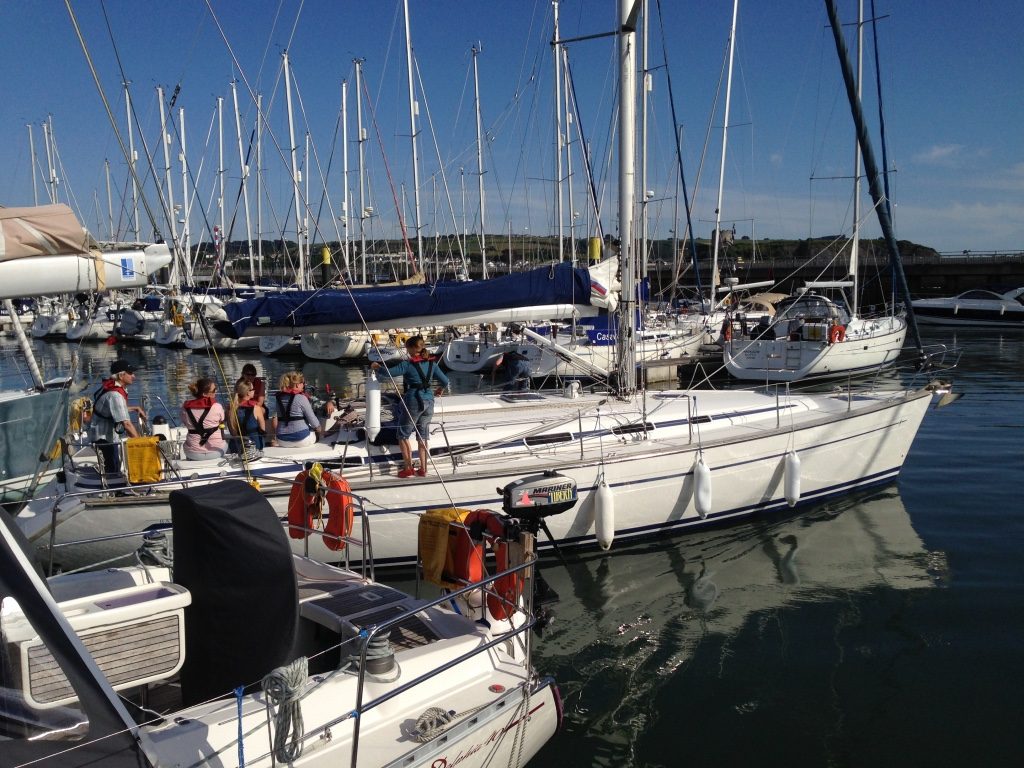 Skilled boat handling is needed when entering or leaving harbour. Crew tasks include preparing the mooring lines and fenders before docking and tying the boat safely alongside. The crew also prepare the boat for leaving harbour. In order to help avoid any mishap, they have to release the lines in the correct order, as instructed by the skipper.

Arriving at a berth

The skipper will ask for the crew to prepare for berthing when a yacht enters harbour. The engine will be started if the yacht is under sail, the sails will be dropped and stowed, and the control lines coiled.

Mooring lines are attached to cleats at the bow and stern. Normally there are two lines prepared at the bow and two at the stern. Each line is fed beneath and back over the guardrail, then made ready to be taken ashore and tied to the dock. 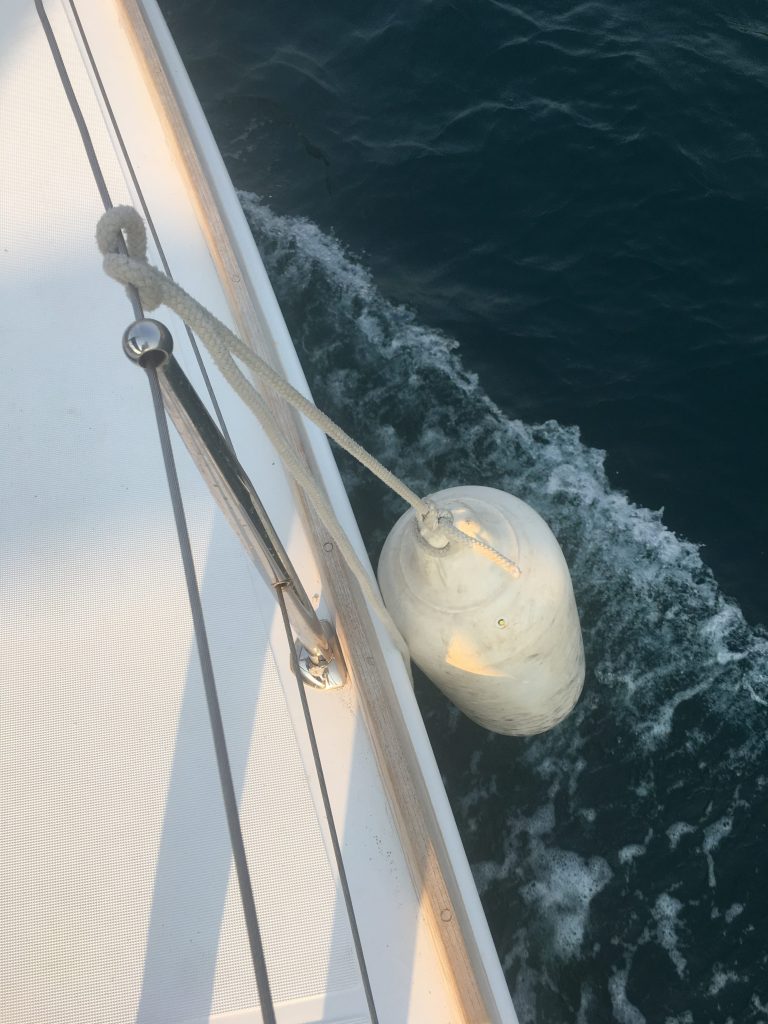 Fenders help prevent damage to a boat’s hull when it is alongside. A fender has a short rope which is attached to the guardrail using a clove hitch. A clove hitch is easily adjustable, therefore ideal for positioning the fender at the correct height to protect the hull. The fender needs to hang just above the water level so that it will protect the hull at its widest points when alongside. 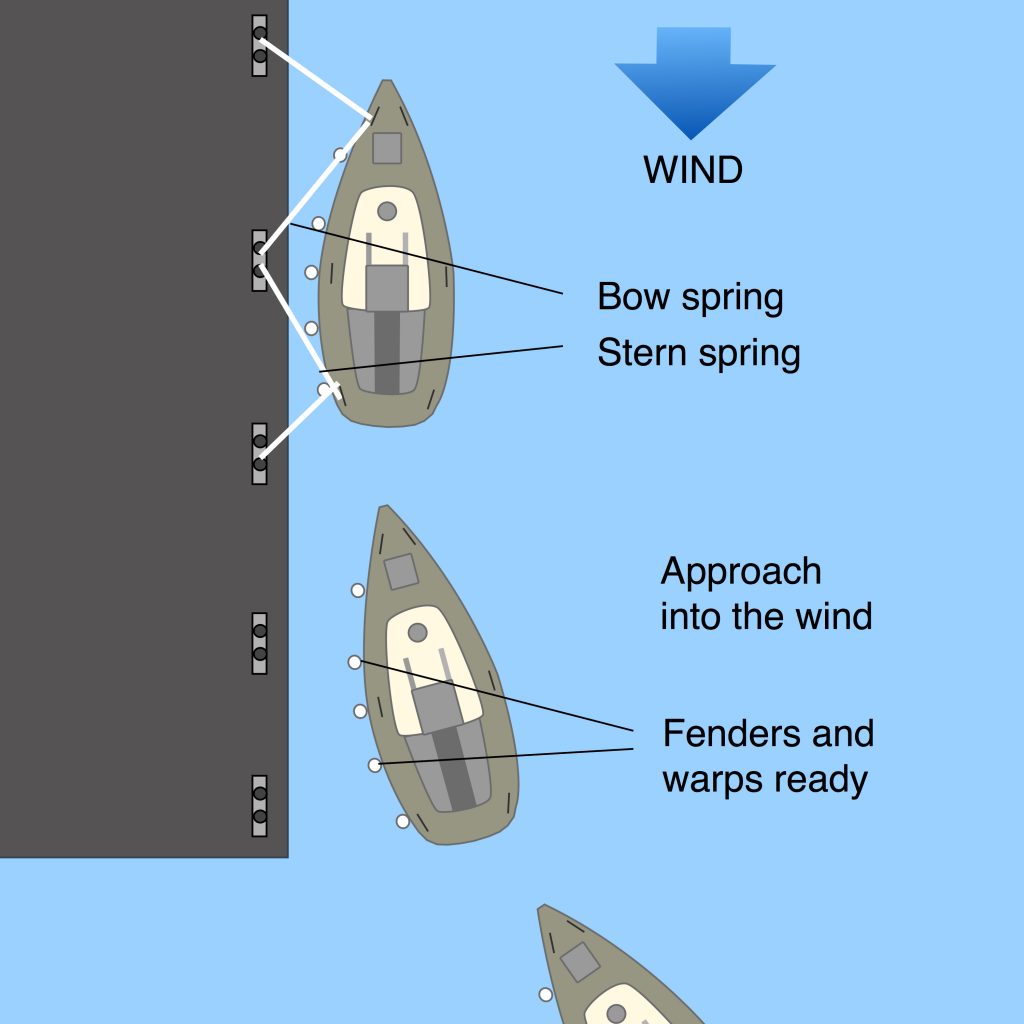 When possible it is best for the boat to approach a berth into the wind, as this will help the boat to stop. If the wind is coming from behind, it will be more difficult to slow the boat down.

As well as taking the effects of the wind into account, in tidal waters the strength and direction of the tidal streams needs to be factored in. Given a choice, the skipper will most likely decide to approach the berth heading into the tide. If this is not possible, then bringing the boat to a stop becomes more difficult.

Stepping on to the pontoon 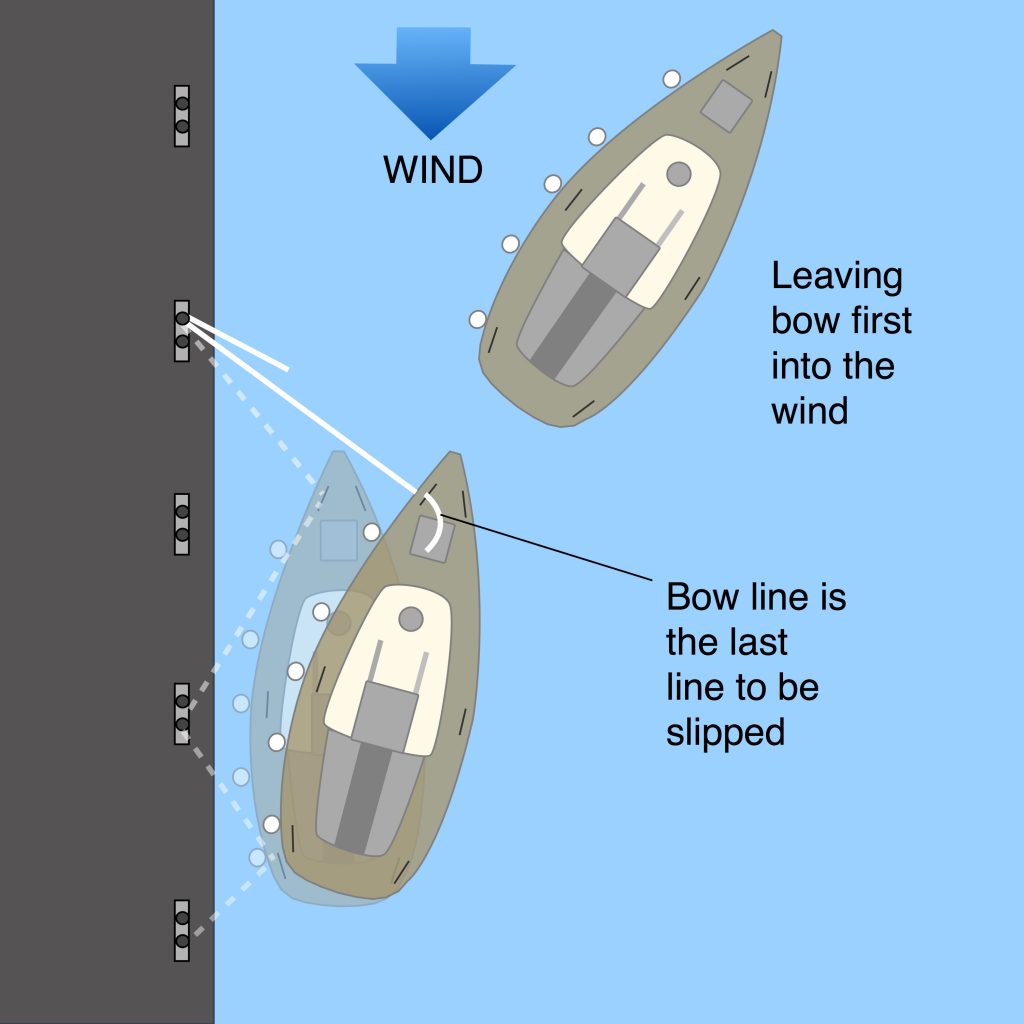 Before departure there is sometimes quite a bit of discussion about when it will be best to leave a berth, taking into consideration:

When it is time to leave, the crew will be asked to release the lines in the order the skipper asks. Under normal circumstances the spring lines will be released first. Then, either the bow or stern line are released, depending on the direction of the wind or tide.

Sometimes the direction of the wind and tide may make leaving difficult. In this case, extra lines and fenders may be needed to help manoeuvre away from the berth. The skipper will devise a plan and crew will be made responsible for various lines and await instructions.

Before departure, some of the mooring lines may need to be re-tied, or set up, so they can be quickly released and pulled back on board immediately the skipper asks. This entails a crew member untying the line on the pontoon and arranging it in a long loop. Then, both ends of the line are fed back on board so that the line can be released from the boat.