What are the differences between the two IALA buoyage systems, IALA Region A and IALA Region B, and where are they used? 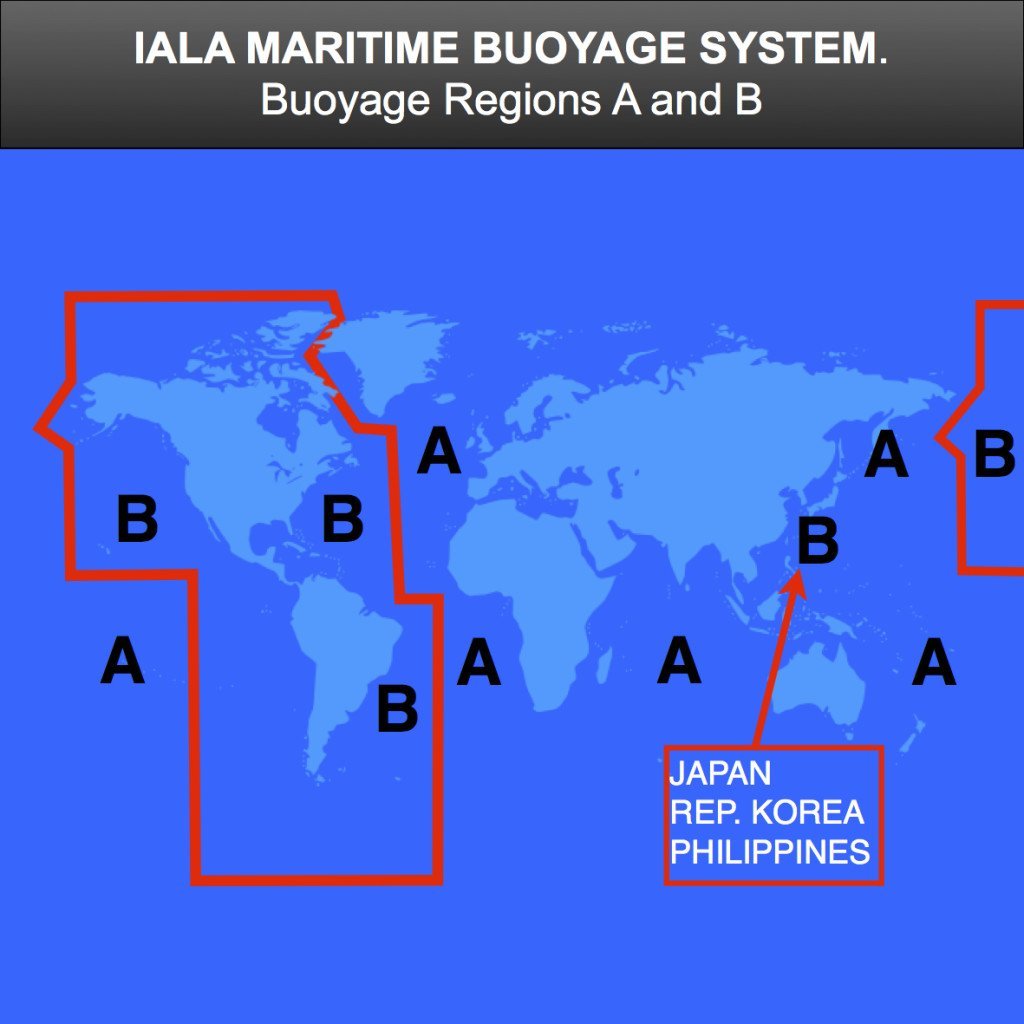 As recently as the 1970s there were more than 30 buoyage systems in use around the world. This caused confusion and accidents and it was after two fatal incidents in the Dover Straits in 1971 that the IALA (International Association of Marine Aids to Navigation and Lighthouse Authorities) was established.  There followed a worldwide effort to develop a safe, unified maritime buoyage system that could be followed by all vessels at sea.

This resulted in the IALA Maritime Buoyage System and by 1980 there were just 2 systems in use, IALA A and IALA B. Although there is not as yet one unified system for the whole world, this was a major achievement nonetheless and the differences between IALA A and IALA B are only minor. The IALA chose the two systems in order to keep the number of changes to existing systems to a minimum and to avoid major conflict.

IALA A is used by countries in Africa, most of Asia, Australia, Europe and India.

IALA B is used by countries in North, Central and South America, Japan, Korea and the Philippines. 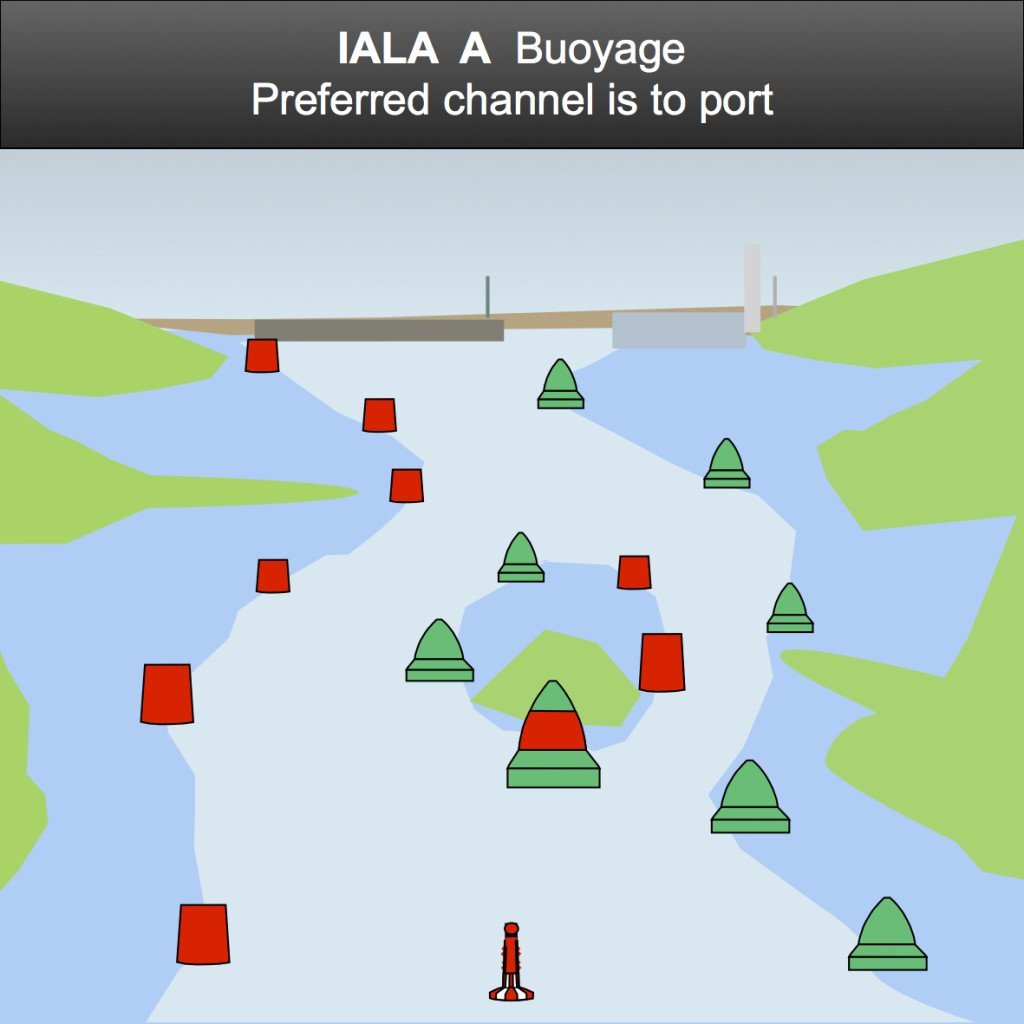 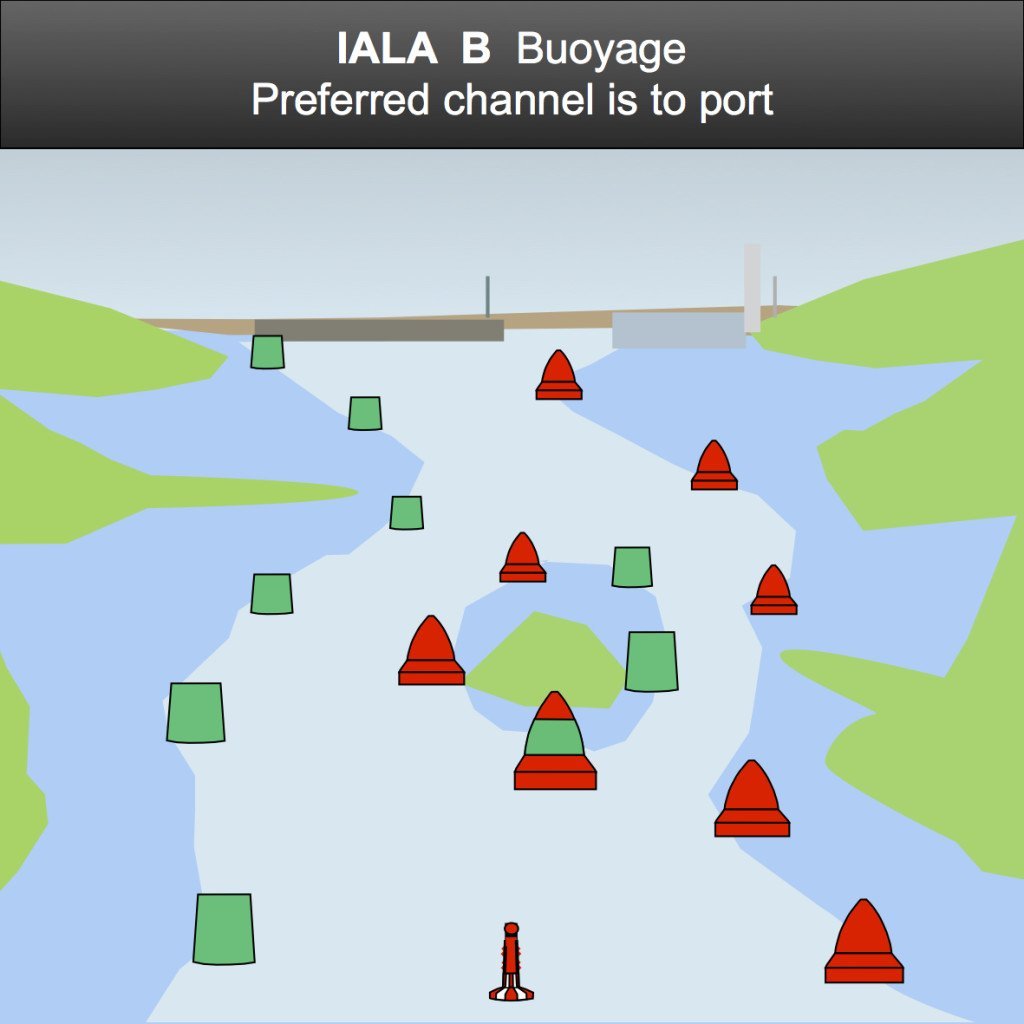 The difference between the two systems is the colour and light characteristics used for lateral marks, as follows:

The similarities – all other types of buoy

Aside from the different lateral marks, both systems use identical cardinal, isolated danger, safe water and special marks. In 2006 new danger marks were introduced, see details below.

Cardinal marks warn of hazards to be avoided such as shallows or rocks. Their markings and shape indicate which side of a buoy a vessel should pass and are placed either to the north, south, east or west of a hazard. Therefore a vessel should pass to the west of a west cardinal mark, or to the east of a east cardinal mark and so on.  They are painted in combinations of yellow and black and have two distinct cone shapes on top, arranged in different combinations to help identify them.

Isolated danger marks are used to indicate a single hazard, such as a wreck, which has navigable water all around it.  Vessels should keep well clear of the mark on all sides. They are coloured black with red bands and have two black balls above each other on the top of the mark.

Safe water marks indicate there is safe water all around the mark. They are used at the start of a buoyed channel when approaching a harbour from the sea. They coloured with red and white vertical stripes.

Special marks are not intended primarily as navigation marks.  They are used to mark the boundaries of areas used for recreation eg water skiing or bathing, as racing marks and also for naval activities such as gunnery ranges.  Special marks are coloured yellow and can be a variety of shapes.

New danger marks were introduced in 2006 and are used as emergency marks for recent wrecks or new hazards which do not appear on nautical charts.  They are coloured with blue and yellow vertical stripes.

Safe Skipper apps have recently updated our Buoys and Lights app, which includes a full illustrated guide and a very useful test yourself section, see here.