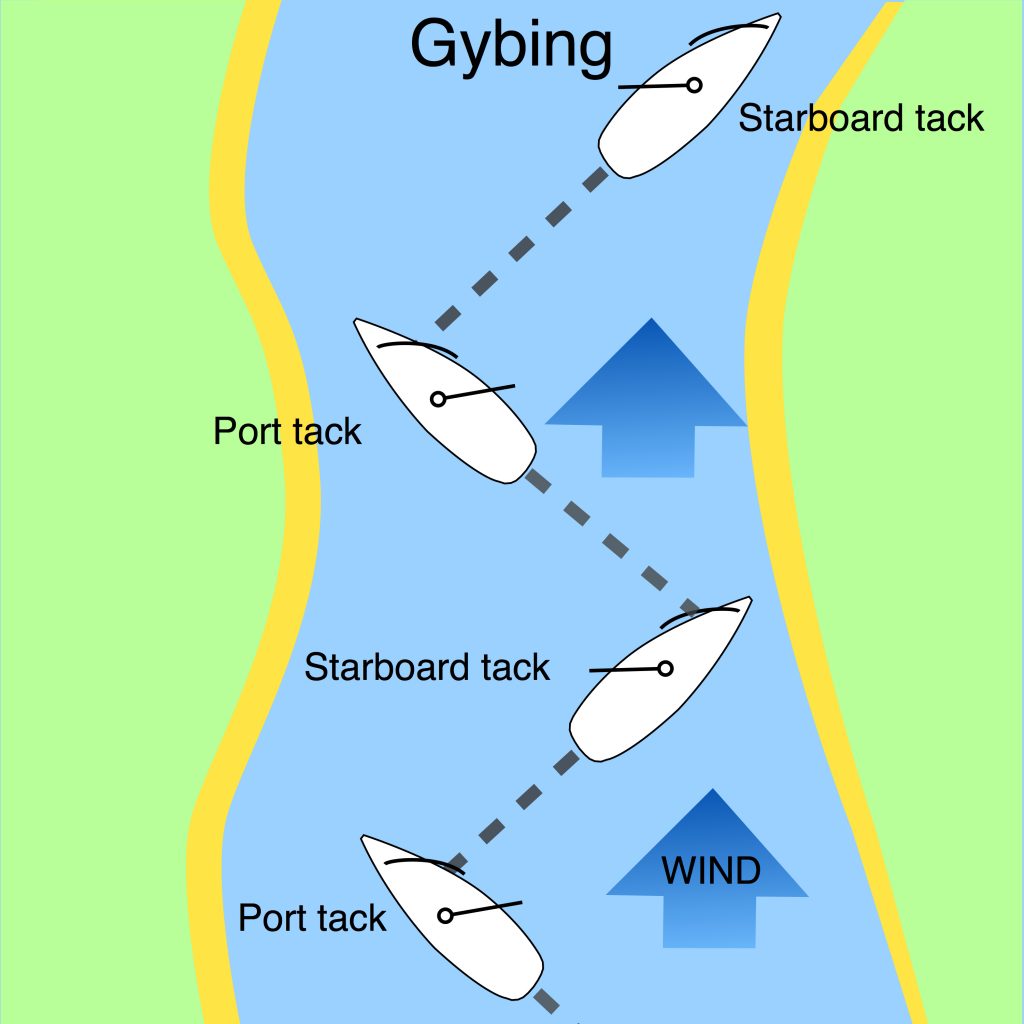 Gybing is the sailing manoeuvre used to change a boat’s direction through a following wind. As with the tacking manoeuvre, gybing a sailing boat calls for the crew to work together as a team and is one of the first sailing skills to learn.

When a boat is sailing downwind, with the wind blowing from behind the yacht, it may need to alter course so that the stern goes through the wind. This requires a sailing manoeuvre called a gybe, where the sails move from one side of the boat to the other.

The aim is to turn the stern smoothly through the wind onto the new course in as controlled a manner as possible. This means the boom of the mainsail has to be controlled carefully through the turn and the boat must not be allowed to swing round and turn sideways to the wind, causing it to heel over.

As when tacking, the gybe manoeuvre calls for a well co-ordinated crew and clear instructions from the skipper and helm.

The gybe manoeuvre can involve two or three crew members and goes as follows: