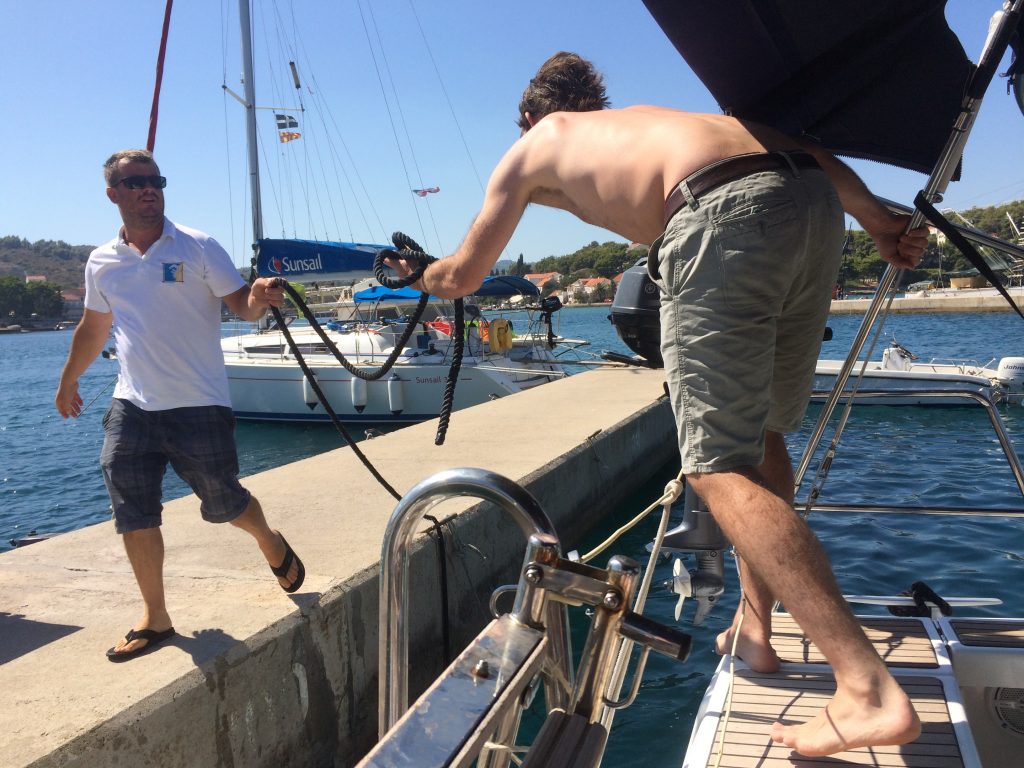 Mooring lines are used when arriving or leaving a berth. One of the most important competent crew skills is to know how to handle and tie mooring lines securely and safely.

Mooring lines may be tied to a variety of purpose made objects ashore, including cleats, rings and posts. It is best to tie the end of a line to the shore and feed back the rest of it to the boat where any excess can be stowed neatly. The knots used will depend on the type of object the line is tied to. They include:

Mooring lines are susceptible to chafe where they rub against cleats and various parts of the boat, a pontoon or a harbour wall. In order to protect against chafe, ropes are fed through devices called fairleads fixed to the boat. Some lines may be fed through thick plastic tubing to protect them. 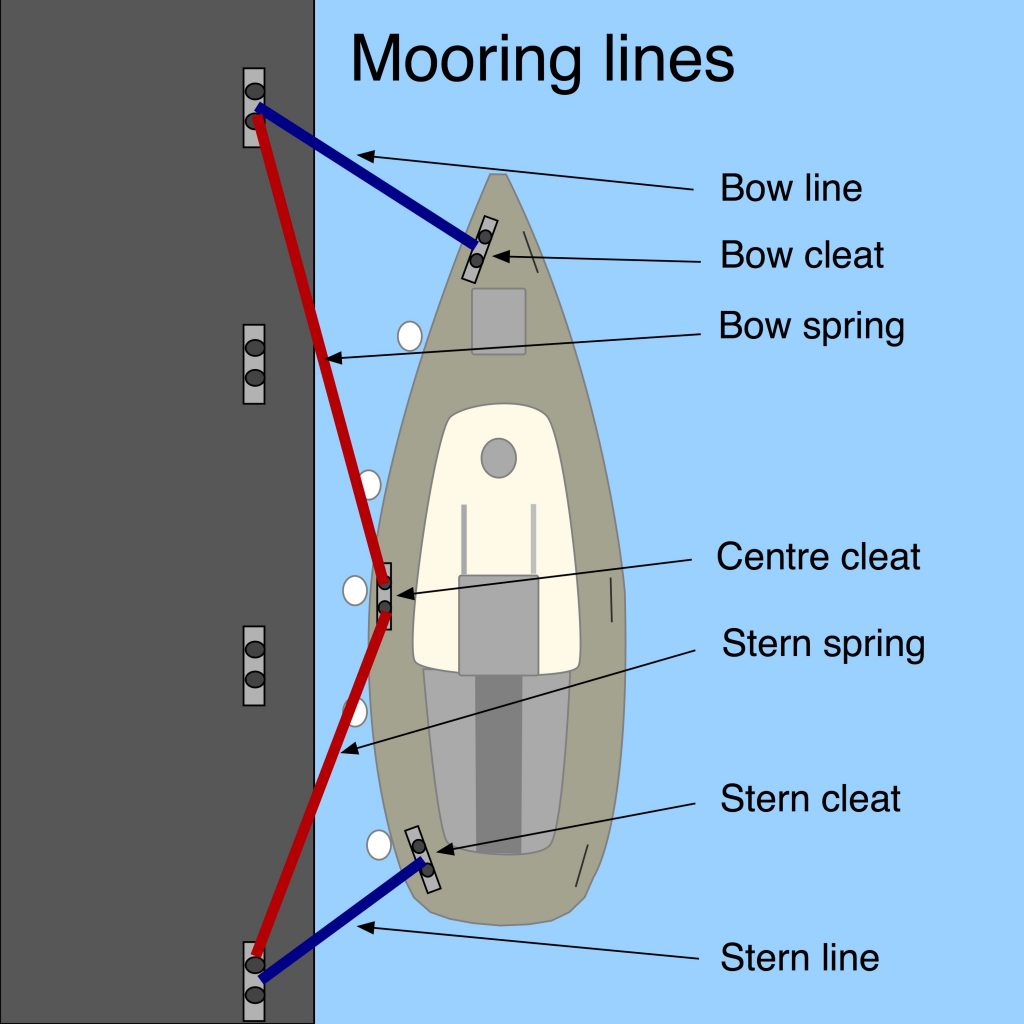 A number of lines are used to secure a boat alongside a pontoon or jetty.  The side of the boat is protected by fenders tied to the rail.

If a boat is berthed stern-to, where the stern is backed up to the pontoon or quay, it will have two stern lines holding it in place. The bow will be held by an anchor or mooring buoy ahead of the boat.

No adjustments to the lines need to be made when tied up alongside a pontoon. This is because pontoons are floating and are designed to rise and fall with the tide.